Please submit all new requests to zcashgrants.org.
Please complete all existing grants on this site. Contact grants@zfnd.org with questions.

Zecwallet's desktop lite clients have become quite popular as a way to send and receive shielded transactions for Zcash. This project aims to port the desktop app to Android and iOS apps, bringing the full lite wallet funtionality to mobile apps.

As outlined below, we will resuse a vast majority of the code from the desktop lite wallet. This means the mobile apps will have full support for Sapling and Transparent addresses, full support for memos (including multi-part memos), tx history, address book and almost every other feature supported by the desktop app.

Zecwallet Lite for Android and iOS will be built on the same technical foundations as the desktop app.

The frontend will be built in React Native, reusing as much of the desktop frontend code (which is in React / Javascript) as possible. While most of the business logic and RPC connection code can be reused, the UI elements themselves differ between React desktop and React native, which will have to be re-written. I estimate this is about 20% of the desktop litewallet code which will need to be re-writtten

The desktop Zecwallet Lite app works by sending RPC commands to the Zecwallet Light SDK via a Javascript -> NodeJS native -> Rust bridge. This bridge is built specifically for the desktop, and will need to be re-implemented for the mobile apps. For iOS: The RPC bridge will be built with Swift -> Rust via cargo-lipo For Android: The RPC bridge will be built via JNI -> Rust FFI

The Zecwallet Lite client library will be reused as is, just like it is with the desktop applications. It is written in rust, and can be compiled into a .so library that is loaded natively for Android and into a native library loaded via the native loader on iOS

The excution risk is minimal for this project, since the same architecture is already working on the desktop. However, there are some things to be aware of:

The main downside with this approach is that the lite client needs to download compact blocks to stay synced to the chain. This is on the order of 10s of MBs per week. Additionally, it also scales linearly with the number of sapling transactions (Since the lite client needs to scan every sapling tx), so this number is likely to keep growing in the near future. Contrast this specifically to the Zecwallet companion app, which is very light weight and needs only a few KBs to sync (The companion app, of course, has its own downsides)

The Apps will be published on the Android and iOS app stores. We will evaluate success based on the number of downloads and star ratings at the app store, and from broad community feedback overall.

The project will take 4.5 weeks, for both the Android and iOS apps.

The total cost of the project will be USD 33,000. This is based on the hourly rate of $187.5, which is what the previous proposals from Zecwallet are based at as well. The cost also includes the server-side infrastructure needed to operate and run the lightwalletd servers.

Started
3 years ago
Funding
$33,000
Funded through 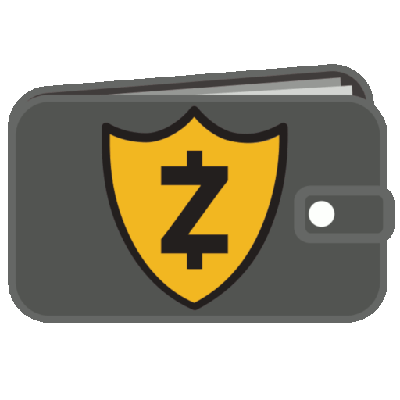